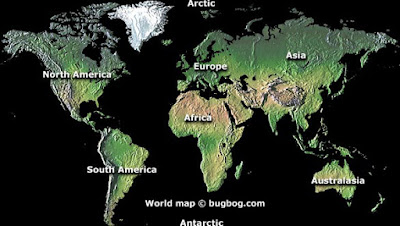 1. Survey can be defined briefly as the science of measurement with the object of increasing our knowledge about the shape of earth and the features upon its surface. Mostly the end product in survey operation is a map.

2. A map is a representation of ground and different features and other information about ground on a paper, cloth, plastic sheet. Some of the uses of maps are as follows:-

a. Tourism
b. Road distance information
c. Navigation
d. Operational planning
e. Communication
f. Geological information
g. Climate information
h. Administration
i. Irrigation system
j. Engineering projects
k. Cadastral records
l. Environmental applications etc
TYPES OF MAPS
3. Maps are designed and made for different uses. Types depend on the nature of use. Some types are given as follows;
a. Topographic Maps
i. Small Scale Maps
ii. Large Scale Maps
b. Photo Maps
c. Relief Maps
TOPOGRAPHICAL MAPS
4. The topographical map is the one which shows all the information about natural and artificial objects, usually including such relief of the country as can within reason to be shown at scale employed. Scales vary between 1/5000 to 1/1000000 depending on the purpose for which the map is made.
a. Small Scale Maps: These maps show large area with small details.
b. Large Scale Maps: These maps show small area with greater details.
c. Some of the uses of Large Scale Maps are as follows:
i. Engineering Applications.
ii. Cadastral Purposes
iii. Any other special uses where greater details are required.
PHOTO MAPS
5. These are made by mosaics of aerial photographs and by satellite images.
RELIEF MAPS
6. These are 3-D maps made using different mediums like plastic etc.
SIGN CONVENTIONS
7. Different symbols have been designed to show different ground objects on maps. These symbols are listed on the bottom of every map in the form of a key or legend for guidance of users of maps.
INDEX TO MAP
8. All maps have been numbered on a regular system. At the bottom of each map the index shows the numbering of adjacent map sheets so that the users can conveniently demand the adjacent map sheets in case he has to work in that area.
MAP GRID SYSTEM
9. It comprises of a series of squares formed by vertical and horizontal lines called ‘Eastings’ and ‘Northings’ which are serially numbered e.g. 31,32,33 etc.
Grid System is used to identify the position of any ground point or object on map by a four figure or six figure references. On small scale map (1:million scale etc.) the series of squares are formed by longitudes and latitudes called graticules.
GEOGRAPHIC COORDINATE SYSTEM
10. The location of a point can also be indicated anywhere on the surface of Globe by its Longitude and Latitude. Longitudes are vertical lines joining the two poles of the Globe. These are numbered 0˚- 180˚ East and 0˚- 180˚ West of the prime meridian passing through Greenwich.
11. Latitude are horizontal lines running parallel to Equator and these are numbered 0˚- 90˚ North and 0˚- 90˚ South of Equator. On small scale maps we do not have grid lines and position of a location is indicated in terms of Longitude and Latitude.
TYPES OF NORTH
12. Different types of north are as follows:-
a. True North: The direction of North Pole from observer.
b. Grid North: The direction in which the grid lines point towards the top of map.
c. Magnetic North: It is the direction in which the compass needle points towards the magnetic pole.
d. MAGNETIC DECLINATION/VARIATION: The true north line and magnetic north line at a place seldom coincide with each other due to which there is a difference between them. This difference is called magnetic declination.
BEARING
13. Angle measured clockwise from a certain fixed North-South Line to an object.
SCALE
14. The proportion which the distance between any two points on map bears to the horizontal distance between the same two points on the ground.
METHODS OF EXPRESSING SCALE
a. IN WORDS
Words explain the distance on map that represents a certain distance on ground.
e.g 1 Inch=1 Mile etc.
b. BY REPRESENTATIVE FRACTION
The distance on map is represented by a fraction of corresponding distance on ground.
e.g 1:50,000 , 1/10,000 etc.
c. BY SCALE LINE
By drawing a scale line showing the digits or parts for measuring distance on the map
d. DIAGONAL SCALE
By drawing this type of scale line it is possible to measure distances accurately to the fraction of a secondary division of a scale line to a required standard