Causes of Disputes in Construction Industry

In every industry where people have to work together and cooperate there is a possibility for disputes to arise, and construction industry is not an exception. Often there is a lack of understanding about the reasons behind the disputes, but to avoid disputes from occurring and resolving them if they occur, it is vital to understand the causes of disputes (Love et al, 2006). 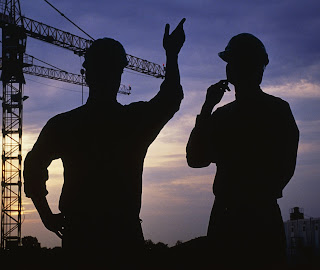 The Oxford dictionary defines “dispute” as “a disagreement or argument” (Oxford English dictionary online).
In this report we are taking a brief, systemized view of the most common causes of disputes in the construction industry.

A lot of researchers have come up several lists of the most common causes of disputes; Hellard has systemized them in 5 main causes: 1) the contract conditions, 2) the design deficiency, 3) the construction process, 4) the consumer reaction, 5) time (Hellard, 1987).

1.1. The lack of perfection in the contract documents
All drawings in the contract documents somewhere have mechanical drafting errors or lack a needed dimension or detail. Many have errors which arise due to the negligence of the designer and draftsman. In addition to the human errors, there are changes always occurring as projects undergo the design and construction process which if not properly documented could lead to disputes. The larger and more complex a project is, the more are the chances for such sort of errors.

1.2. Failure to account the cost
Dispute continually arises in a construction project when the cost at the beginning of the project is not defined correctly. The contractors bring cost claim on projects which do not come under the construction budget, and if the client contradicts to these claims then disputes initiate.

2.       The design deficiency.
Design deficiency can cause serious disputes between the actors in the construction industry, it is one of the most often causes – approximately 38% of disputes arise from design related issues (Bramble, 1995). The most common issues that lead to disputes are:

2.1. The underground or subsurface problem.
One of the most common causes of disputes in construction are the subsurface conditions. Usually client provides the contractor with the soil boring information so the contractor can determine the type of soil or rock that may be encountered during the excavation and bid accordingly. When the construction process is started, often it turns out that the subsurface conditions are different than planned so the contractor asks the client for extra money - compensation for the unexpected expenses. To avoid this, the client can include different disclaimers in the contract and transfer all the risks to contractor, but that does not always necessarily mean that there will be no disputes (Cushman, 2001).

2.2. Risks.
Contractor should do the risk analysis and estimate the risks so he can include the price of taking these risks in the specification but it does not always happen this way. There have been many cases that contractor includes the risk of the project delay, but does not include the extra cost for overtime working during this delay. It leads to dispute because contractor does not want to cover these extra expenses and asks for extra money from the client.

2.3. Defective plans
Defective or deficient plans are widespread issue in construction industry. It can be said that all plans are defective or deficient to some extent, small errors like absence of some dimensions, for example, is a common thing in blueprints. The disputes arise when these defects in plans result in extra costs. Of course, usually the designer is responsible for these mistakes (Bramble, 1995).

2.4. Methods or means and specification performance.
Usually the designer specifies the methods and means how to reach the specific result. In some cases, even tough contractor does everything according to these specifications and follows the instructions of designer, the end result comes out different than expected. For example, designer specifies that 2 layers of certain damp-proofing material should be applied to certain construction. The contractor applies this material accordingly, but it turns out that 2 layers are not enough and water infiltrates the construction. Of course, the designer is responsible for the damages, but often he tries to blame the contractor and this leads to a dispute between them.

A common cause of construction disputes that previously was mentioned. Incomplete contracts, this issue is common to the construction industry and the reasons why contracts are not made properly can be many. Variations and changes in the construction process is almost impossible to avoid and can sometimes have very expensive consequences, change and additional work issues are where most of the disputes relating to the construction process takes play. However, the contractor can prepare for future changes in advance, for instance to create a cost-post for possible things that can occur and have it approved, this can be brought up in the risk-analysis for instance such as "unforeseen" future alterations and additional work. In addition, the contractor can set up “prevention plans” and take extra notice to phase’s whit some greater sensitivity, but also taking in account the probability of the many different changes and additional work that may occur during the project life cycle. Changes and additional work is something that does not always arrive from the client but is often the case. For instance the client can suggest
another choice of materials, requests concerning the design, or a new project in principle that is fixed to "merge into or belong to" the old project. The consequences can be great unless the participating are careful and understand how to resolve certain issues such as what kind of changes are we to make, the choice of method, what will it cost and do we have even a contract for this additional work. (Potts, 2008)

The client’s role when it comes to the warranty issue is to make sure that they are
Implemented and ready before the production process. From the clients point of view there are two warranties that should be under great consideration, firstly the Production Guarantee insurance and secondly the Construction errors insurance. The production guarantee insurance is basically a guarantee made off the insurance company that “promise” the client to continue and complete the construction object if the contractors company goes bankrupt.
The second warranty that will help to secure some of the client’s wishes and the operation-flow of the facility or building whom the client operates in. This warranty means that the insurance company will cover future unanticipated construction errors up to ten years after the completion of final inspection.

5.       Time
In construction industry it’s not only the cost that is important, but the time is equally important too. Delay in the time period of the project generates different extra costs or losses, with which either the client or the contractor has to deal.
Scheduling and proper planning will help the contractor to manage his project and finish and complete his jobs on agreed time. This will avoid any dispute that may occur due to delay because of poor planning by the contractor.

Disputes are one of the major sources in declining the performance of construction projects. They not only cause a disturbance in the construction process but also cause distrust between the two parties. So every necessary step should be taken to minimize the occurrence of a dispute.
We can conclude from all the listed causes of dispute that the main root of a dispute is the lack of communication and coordination between the two parties and a bit of negligence to some extent. We can minimize the disputes within a project to very low number by just increasing the flow of communication and by being careful and responsible.

Moiz Tarar He is B.Sc in Civil Engineering from "National University of Sciences and Technology Pakistan"