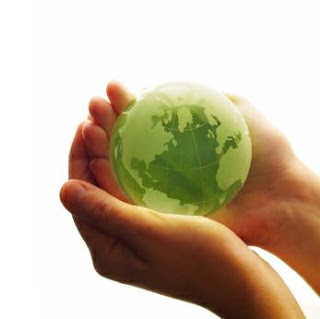 Environmental engineers conduct hazardous-waste Management studies to evaluate the significance of such hazards, advice on treatment and containment, and develop regulations to prevent mishaps. Environmental engineers also design municipal water supply and industrial wastewater treatment systems as well as address local and worldwide environmental issues such as the effects of acid rain, global warming, ozone depletion, water pollution and air pollution from automobile exhausts and industrial sources. At many universities, Environmental Engineering programs follow either the Department of Civil Engineering or the Department of Chemical Engineering at engineering faculties.

Ever since people first recognized that their health and well-being were related to the quality of their environment, they have applied thoughtful principles to attempt to improve the quality of their environment. The ancient Harappan civilization utilized early sewers in some cities. The Romans constructed aqueducts to prevent drought and to create a clean, healthful water supply for the metropolis of Rome. In the 15th century, Bavaria created laws restricting the development and degradation of alpine country that constituted the region's water supply.
The field emerged as a separate environmental discipline during the middle third of the 20th century in response to widespread public concern about water and pollution and increasingly extensive environmental quality degradation. However, its roots extend back to early efforts in public health engineering. Modern environmental engineering began in London in the mid-19th century when Joseph Bazalgette designed the first major sewerage system that reduced the incidence of waterborne diseases such as cholera. The introduction of drinking water treatment and sewage treatment in industrialized countries reduced waterborne diseases from leading causes of death to rarities.
In many cases, as societies grew, actions that were intended to achieve benefits for those societies had longer-term impacts which reduced other environmental qualities. One example is the widespread application of DDT to control agricultural pests in the years following World War II. While the agricultural benefits were outstanding and crop yields increased dramatically, thus reducing world hunger substantially, and malaria was controlled better than it ever had been, numerous species were brought to the verge of extinction due to the impact of the DDT on their reproductive cycles. The story of DDT as vividly told in Rachel Carson's "Silent Spring" is considered to be the birth of the modern environmental movement and the development of the modern field of "environmental engineering."
Conservation movements and laws restricting public actions that would harm the environment have been developed by various societies for millennia. Notable examples are the laws decreeing the construction of sewers in London and Paris in the 19th century and the creation of the U.S. national park system in the early 20th century.
Briefly speaking, the main task of environmental engineers is to protect public health by protecting (from further degradation), preserving (the present condition of), and enhancing the environment. Also, they develop new forms of energy and ways to increase the efficiency of generating and using energy. They try to get people to convert to environmental friendly energy and products.

In this division, engineers and scientists use a systemic identification and evaluation process to assess the potential impacts of a proposed project , plans, programs, policies, or legislative actions upon the physical-chemical, biological, cultural, and socioeconomic components on environmental conditions. They apply scientific and engineering principles to evaluate if there are likely to be any adverse impacts to water quality, air quality, habitat quality, flora and fauna, agricultural capacity, traffic impacts, social impacts, ecological impacts, noise impacts, visual (landscape) impacts, etc. If impacts are expected, they then develop mitigation measures to limit or prevent such impacts. An example of a mitigation measure would be the creation of wetlands in a nearby location to mitigate the filling in of wetlands necessary for a road development if it is not possible to reroute the road.

The practice of environmental assessment was initiated on January 1, 1970, the effective date of the National Environmental Policy Act (NEPA) in the United States. Since that time, more than 100 developing and developed nations either have planned specific analogous laws or have adopted procedure used elsewhere. NEPA is applicable to all federal agencies in the United States.

Engineers and scientists work to secure water supplies for potable and agricultural use. They evaluate the water balance within a watershed and determine the available water supply, the water needed for various needs in that watershed, the seasonal cycles of water movement through the watershed and they develop systems to store, treat, and convey water for various uses. Water is treated to achieve water quality objectives for the end uses. In the case of potable water supply, water is treated to minimize the risk of infectious disease transmission, the risk of non-infectious illness, and to create a palatable water flavour. Water distribution systems are designed and built to provide adequate water pressure and flow rates to meet various end-user needs such as domestic use, fire suppression, and irrigation.

3.Waste Water Conveyance and Treatment
Most urban and many rural areas no longer discharge human waste directly to the land through outhouse, septic, and/orhoney bucket systems, but rather deposit such waste into water and convey it from households via sewer systems. Engineers and scientists develop collection and treatment systems to carry this waste material away from where people live and produce the waste and discharge it into the environment. In developed countries, substantial resources are applied to the treatment and detoxification of this waste before it is discharged into a river, lake, or ocean system. Developing nations are striving to obtain the resources to develop such systems so that they can improve water quality in their surface waters and reduce the risk of water-borne infectious disease.
There are numerous waste water treatment technologies. A waste water treatment train can consist of a primary clarifier system to remove solid and floating materials, a secondary treatment system consisting of an aeration basin followed by flocculation and sedimentation or an sludge system and a secondary clarifier, a tertiary biological nitrogen removal system, and a final disinfection process. The aeration basin/activated sludge system removes organic material by growing bacteria (activated sludge). The secondary clarifier removes the activated sludge from the water. The tertiary system, although not always included due to costs, is becoming more prevalent to remove nitrogen and phosphorus and to disinfect the water before discharge to a surface water stream or ocean outfall.

4.Air Quality Management
Engineers apply scientific and engineering principles to the design of manufacturing and combustion processes to reduce air pollutant emissions to acceptable levels. Scrubbers, electrostatic precipitators, catalytic converters, and various other processes are utilized to remove particulate matter, nitrogen oxides, sulphur oxides, volatile organic compounds (VOC), reactive organic gases (ROG) and other air pollutants from flue gases and other sources prior to allowing their emission to the atmosphere. Scientists have developed air pollution dispersion models to evaluate the concentration of a pollutant at a receptor or the impact on overall air quality from vehicle exhausts and industrial stack emissions. To some extent, this field overlaps the desire to decrease carbon dioxide and other gas emissions from combustion processes.
About the Author

Mohsin Hanif Awan He is B.Sc in Civil Engineering from "University of Engineering and Technology Peshawar,Pakistan"