The word thermodynamics stems from the Greek words therme (heat) and dynamis (force). 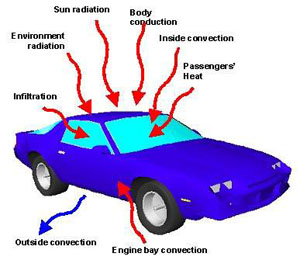 Although various aspects of what is now known as thermodynamics have been of interest since antiquity, the formal study of thermodynamics began in the early nineteenth century through consideration of the motive power of heat: the capacity of hot bodies to produce work. Today the scope is larger, dealing generally with energy and with relationships among the properties of matter.
Thermodynamics is both a branch of physics and an engineering science. The scientist is normally interested in gaining a fundamental understanding of the physical and chemical behavior of fixed quantities of matter at rest and uses the principles of thermodynamics to relate the properties of matter. Engineers are generally interested in studying systems and how they interact with their surroundings. To facilitate this, engineers extend the subject of thermodynamics to the study of systems through which matter flows.
The objective of this chapter is to introduce you to some of the fundamental concepts and definitions that are used in our study of engineering thermodynamics. In most instances the introduction is brief, and further elaboration is provided in subsequent chapters.
1.1 USING THERMODYNAMICS
Engineers use principles drawn from thermodynamics and other engineering sciences, such as fluid mechanics and heat and mass transfer, to analyze and design things intended to meet human needs. The wide realm of application of these principles is suggested by Table 1.1, which lists a few of the areas where engineering thermodynamics is important. Engineers seek to achieve improved designs and better performance, as measured by factors such as an increase in the output of some desired product, a reduced input of a scarce resource, a reduction in total costs, or a lesser environmental impact. The principles of engineering thermodynamics play an important part in achieving these goals.
1.2 DEFINING SYSTEMS
An important step in any engineering analysis is to describe precisely what is being studied. In mechanics, if the motion of a body is to be determined, normally the first step is to de- fine a free body and identify all the forces exerted on it by other bodies. Newton’s second law of motion is then applied. In thermodynamics the term system is used to identify the subject of the analysis. Once the system is defined and the relevant interactions with other systems are identified, one or more physical laws or relations are applied.
The system is whatever we want to study. It may be as simple as a free body or as com- plex as an entire chemical refinery. We may want to study a quantity of matter contained within a closed, rigid-walled tank, or we may want to consider something such as a pipeline through which natural gas flows. The composition of the matter inside the system may be fixed or may be changing through chemical or nuclear reactions. The shape or volume of the system being analyzed is not necessarily constant, as when a gas in a cylinder is compressed by a piston or a balloon is inflated.
Everything external to the system is considered to be part of the system’s surroundings. The system is distinguished from its surroundings by a specified boundary, which may be at rest or in motion. You will see that the interactions between a system and its surround- ings, which take place across the boundary, play an important part in engineering thermo- dynamics. It is essential for the boundary to be delineated carefully before proceeding with any thermodynamic analysis. However, the same physical phenomena often can be analyzed in terms of alternative choices of the system, boundary, and surroundings. The choice of a particular boundary defining a particular system is governed by the convenience it allows in the subsequent analysis.
TABLE 1.1 Selected Areas of Application of Engineering Thermodynamics 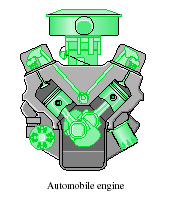 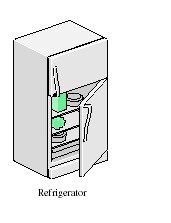 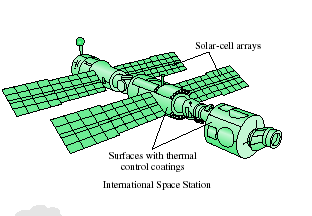 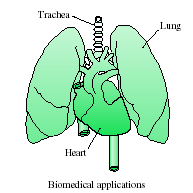 Figure 1.1 shows a gas in a piston–cylinder assembly. When the valves are closed, we can consider the gas to be a closed system. The boundary lies just inside the piston and cylinder walls, as shown by the dashed lines on the figure. The portion of the boundary between the gas and the piston moves with the piston. No mass would cross this or any other part of the boundary.
Thermodynamic analyses are also made of devices such as turbines and pumps through which mass flows. These analyses can be conducted in prin- ciple by studying a particular quantity of matter, a closed system, as it passes through the device. In most cases it is simpler to think instead in terms of a given region of space through which mass flows. With this approach, a region within a prescribed boundary is studied. The region is called a control volume. Mass may cross the boundary of a control volume.
A diagram of an engine is shown in Fig. 1.2a. The dashed line defines a control volume that surrounds the engine. Observe that air, fuel, and exhaust gases cross the boundary. A schematic such as in Fig. 1.2b often suffices for engineering analysis.

The term control mass is sometimes used in place of closed system, and the term open system is used interchangeably with control volume. When the terms control mass and con- trol volume are used, the system boundary is often referred to as a control surface.
In general, the choice of system boundary is governed by two considerations: (1) what is known about a possible system, particularly at its boundaries, and (2) the objective of theanalysis. for example. . . Figure 1.3 shows a sketch of an air compressor connected to a storage tank. The system boundary shown on the figure encloses the compressor, tank, and all of the piping. This boundary might be selected if the electrical power input were known, and the objective of the analysis were to determine how long the compressor must operate for the pressure in the tank to rise to a specified value. Since mass crosses the boundary, the system would be a control volume. A control volume enclosing only the com- pressor might be chosen if the condition of the air entering and exiting the compressor were known, and the objective were to determine the electric power input.