A Brief History of Engineering


“Engineering is the discipline and profession of applying technical and scientific knowledge and utilizing natural laws and physical resources in order to design and implement materials, structures, machines, devices, systems, and processes that safely realize a desired objective and meet specified criteria.” 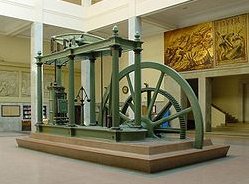 About the Author
Hina Rehman She is a student of B.Sc in Transportation Engineering at "University of Engineering and Technology, Lahore, Pakistan"