The finite element method is a numerical method for solving problems of engineering and mathematical physics. Typical problem areas of interest in engineering and mathematical physics that are solvable by use of the finite element method include structural analysis, heat transfer, fluid flow, mass transport, and electromagnetic potential. 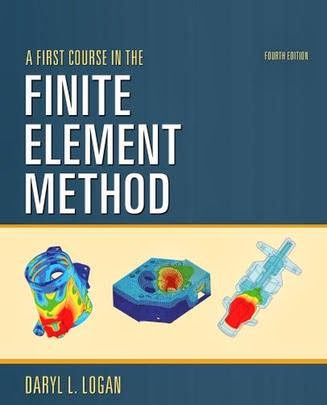 For problems involving complicated geometries, loadings, and material properties, it is generally not possible to obtain analytical mathematical solutions. Analytical solutions are those given by a mathematical expression that yields the values of the desired unknown quantities at any location in a body (here total structure or physical system of interest) and are thus valid for an infinite number of locations in the body.
These analytical solutions generally require the solution of ordinary or partial differential equations, which, because of the complicated geometries, loadings, and material properties, are not usually obtainable. Hence we need to rely on numerical methods, such as the finite element method, for acceptable solutions. The finite element formulation of the problem results in a system of simultaneous algebraic equations for solution, rather than requiring the solution of differential equations. These numerical methods yield approximate values of the unknowns at discrete numbers of points in the continuum. Hence this process of modeling a body by dividing it into an equivalent system of smaller bodies or units (finite elements) interconnected at points common to two or more elements (nodal points or nodes) and/or boundary lines and/or surfaces is called discretization. In the finite element method, instead of solving the problem for the entire body in one operation, we formulate the equations for each finite element and combine them to obtain the solution of the whole body.
Download