Book: Design on the Edge The Making of a High-Performance Building by David W. Orr 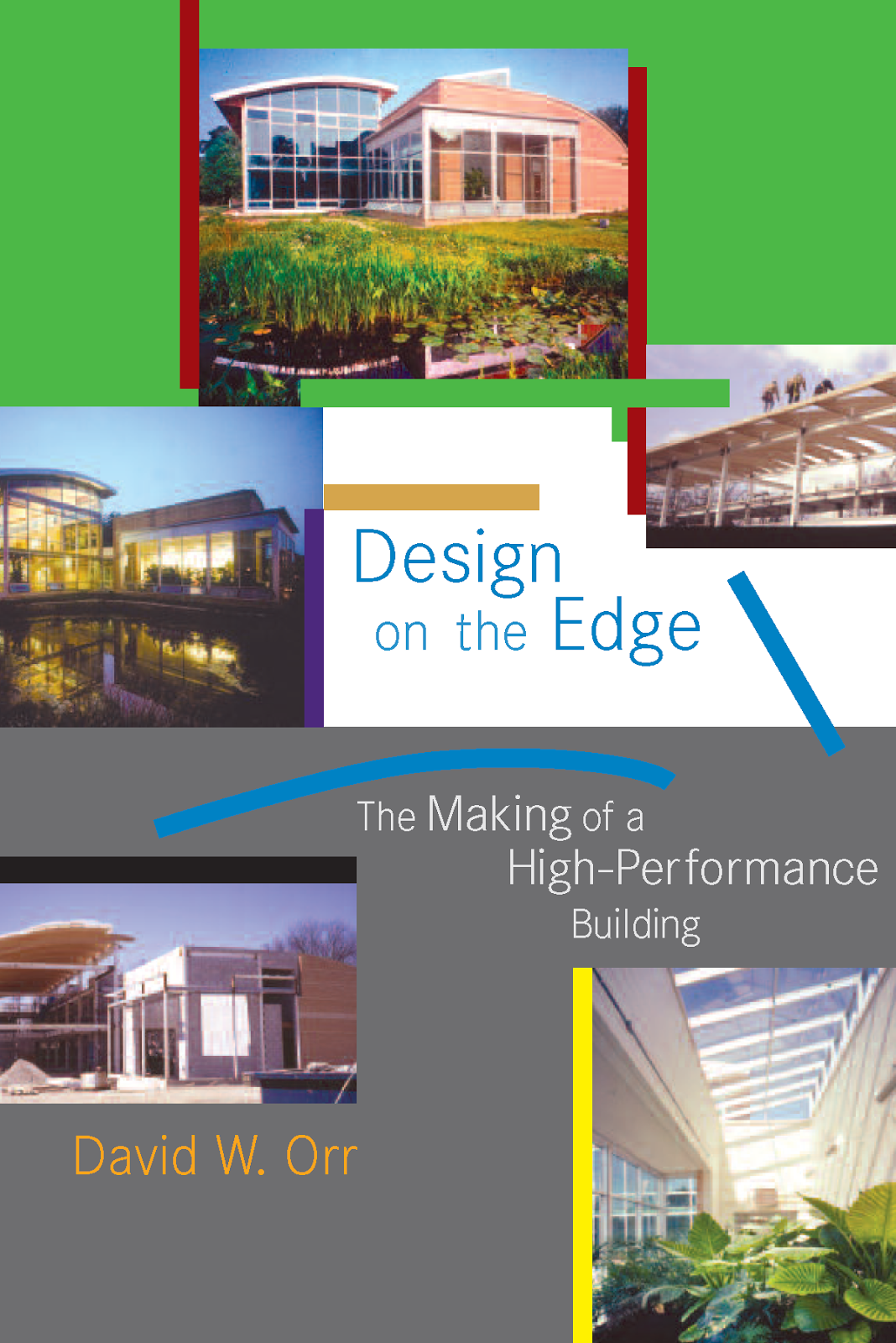 This is the story of a small building in Ohio that was one of the first, if not the first, substantially green or high-performance buildings on a college campus. It spans the decade between 1995 and 2005. In that time, Americans impeached a president, balanced the federal budget and then unbalanced it again, witnessed the largest corporate bankruptcy ever, opted out of the Kyoto treaty, suffered a major terrorist attack, fought wars in the Balkans, Afghanistan, and Iraq, evacuated a major city, and became acutely aware of our vulnerability to malice, the forces of nature, and incompetence and malfeasance in high places. Ostensibly the story is about the art and science of ecological design, a specific building, a particular college, and education of the higher sort. But it is also a thread in the larger narrative of our time and the uncertain struggle to calibrate global civilization with the realities and limits of the biosphere. We are not faring particularly well in that effort and the stakes are rising. For Americans, with our SUVs, sprawling suburbs, and peculiar blend of manifest destiny, religiosity, militarism, and consumerism, larger connections are sometimes hard to see. Yet see them we must. We might have had an easier path to walk had we had the good sense to pay serious attention to the problems of energy, the environment, and security put before the public by the Carter administration in The Global 2000 Report (1980). Instead, we did the national equivalent of a quarter-century Australian walkabout, mostly ignoring energy efficiency, solar energy, the preservation of natural systems, and the national remodeling implied by the necessities of sustainability and resilience. Ronald Reagan’s “morning in America” is ending in the twilight of terrorism, war, debt, inequity, ecological decline, greater oil dependency, and national division some twenty-five years later. And we still have no adequate national strategy to move the nation toward energy efficiency and solar energy, preserve farmland and forests, restore our lakes and rivers, eliminate waste and pollution, and build a society secure by design, and hence little capacity to truly honor our children and their future. The story told here, however, is not so much about politics but about a college building and its wider implications.
DOWNLOAD