The following pages represent the result of several years' experience in presenting to students of engineering the elements of Practical Astronomy. Although the method and the extent of the discussion have been designed to meet the specialized requirements of such students, it is intended that the work shall also serve as an introduction for those who desire a broader knowledge of the subject. 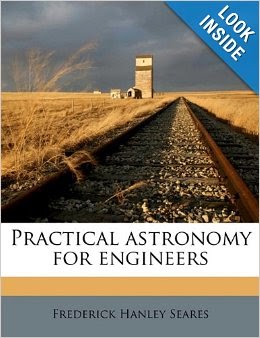 The main purpose of the volume is an exposition of the principal methods of determining latitude, azimuth, and time. Generally speaking, the limit of precision is that corresponding to the engineer's transit or the sextant. Though the discussion has thus been somewhat narrowly restricted, an attempt has been made to place before the student the means of acquiring correct and complete notions of the fundamental conceptions of the subject. But these can scarcely be attained without some knowledge of the salient facts of Descriptive Astronomy.

Position is a relative term. We cannot specify the position of any object without referring it, either explicitly or implicitly, to some other object whose location is assumed to be known. The designation of the position of a point on the surface of a sphere is most conveniently accomplished by a reference to two great circles that intersect at right angles. For example, the position of a point on the earth is fixed by referring it to the equator and some meridian as that of Greenwich or Washington. The angular distance of the point from the circles of reference are its coordinates in this case, longitude and latitude.
DOWNLOAD