The Role of Estimating in the Construction Industry 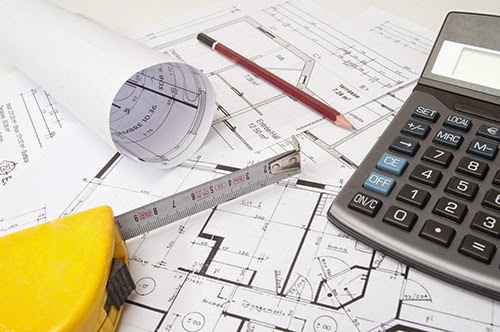 The methods  of construction estimating can easily be integrated with the latest technology available to obtain soaring productivity; it is a method of estimating that offers extensive review and control capabilities because it is consistent with the basic procedures followed by professional estimators and quantity surveyors in the construction industry.

What Is an Estimate?

An estimate in its essence is an assessment of the probable total cost of some future activity. We put together estimates all the time in our everyday lives, often with little or no calculating. For example, we might say, “If I drive into town today it will cost $12 to park” or “I’m going to have to come up with more than $1,000 if I have to replace that computer.” Estimating also occurs in all industries and government agencies for two purposes that cover a variety of possibilities:
Unlike the everyday situations, these two examples generally involve some analysis and calculation. To estimate the cost of the new coffee station, for instance, you would probably first identify what tasks have to be completed in order to get the new facility up and running. Second, you would try to measure in some way the size of these tasks, which would help you with the last step: assessing the cost of the tasks. This basic approach is exactly how we prepare an estimate for a construction project:
The Role of Estimating in the Construction Industry


Estimates serve a number of different functions in the construction process (see Figure 1). In the early stages of a construction program, the owner needs an estimate of the probable cost of construction to assess the financial feasibility of the project. This conceptual estimate has to be prepared from a minimum amount of information because it is required at a time when the project is often little more than a vague idea in the mind of the owner. There will be few if any design details at this stage because the design process will not begin until the owner is satisfied that the cost of proceeding with it is justified.
Once the design of the project is underway, budget amounts can be established for the various elements of the project using procedures for a preliminary estimate. These cost budgets are compiled in a cost plan that is a summary of all anticipated project expenditures. The budget amounts contained in the cost plan are verified from time to time during the design phase using more accurate estimating methods based on the specific design details that emerge in this phase of the project. This cost management process also includes estimating the cost of alternative designs so that informed decisions can be made on what to include in the design. When the design is completed, a final prebid estimate can be compiled to anticipate the contractor’s bid price for the work. If this estimate is accurate, the bid prices obtained will be within the owner’s budget for the project.

Most contracts that transpire in the construction industry result from competing bids from contractors to supply goods and services to meet certain specifications for a stipulated sum of money. The sum of money specified in such a bid represents the total amount that the contractor will receive for performing the work described in the contract; clearly, an accurate forecast of the cost of the work is necessary if the contractor is to profit from his or her endeavors and also be competitive. Providing this cost forecast is the prime function of the contractor’s bid estimate prepared from the drawings and specifications supplied by the owner to define the scope of the contract work.

Estimates are also required after work starts on the project. In cost control programs, estimating is required to facilitate the control of expenditure of funds on a project. Contractors set cost targets based on their estimates of the cost of each component of the work, and then they compare the actual cost of work against these target amounts to discover where corrective action is needed to bring productivity up to required levels. Often during construction operations the owner or the designer asks the contractor to quote prices for proposed changes in the scope of work. Each of these quotes amounts to a mini- bid that involves an estimate of the full cost of the change followed by an offer to make the change for the price quoted to the owner.

Even though there may still be owners who proceed with a project on the basis of no more than the feeling that it will succeed, most of the people and organizations that decide to build come to this decision after careful analysis of two primary factors:
The value of a proposed facility can be appraised from the profits that are expected to flow after its construction, or, if the concept of profits is not applicable to the venture, it can be based on an assessment of the benefits that are expected to materialize from the completion of the project. In either case an attempt will be made to quantify the utility of the proposed development in terms of a monetary value. As costs and benefits are usually extended over a number of years, monetary value will normally be determined by means of “present worth” analysis or other “time value of money” concepts.

Using this analysis, a feasible project can be defined as one in which the anticipated value of all benefits exceeds the estimated total cost of putting the project in place. The cost profile of any project embraces many constituents including the cost of the land required, the cost of financing the project, the legal and general administrative costs, the cost of designing and administrating the work, and, of course, the construction cost of the work. Further costs may also need to be considered such as commissioning costs, operating costs, and, possibly, marketing costs. All of these amounts must be determined by estimate.

Some costs are relatively easy to establish. The costs of land and financing, for instance, are not difficult to determine as current market prices and rates are normally accessible, but the amount of what is most often the major cost component, the construction cost, is far more difficult to ascertain with any certainty. We will see that the most accurate way to predetermine the cost of construction work is by means of a detailed estimate using the methods employed by contractors. However, a detailed estimate requires a defined scope of work, and as we have said, this is generally not available at this stage in the project program.

So a conceptual estimate is normally produced from merely the notion the owner has of what he or she would like to see constructed. If the owner’s analysis has begun with the assessed value of the project, he or she should be in a position to say that the project is viable if it can be built for a certain price, where this price is the maximum amount the owner is willing to pay for obtaining the benefits that are anticipated from the project. Alternatively, analysis may lead an owner to conclude that a certain structure of definite size and scope is necessary to generate the specific benefits that are sought. Typically the owner’s financial situation reveals that there is only a certain amount of funds available to spend on this structure. In this case the obvious question will be “Can I build the structure for this amount?”

In either case the owner needs an estimate of the cost of the work, which, at this stage, is referred to as the conceptual estimate. This estimate, because of the lack of design details, must be prepared using one of the approximate estimating techniques considered in the following, but this is not to say a crude approximation of costs will suffice. The feasibility decision, which may involve thousands, if not millions, of dollars, is of major importance to most owners, so the accuracy of the predicted costs used in the calculations is crucial if the decisions that follow are to be sound.

As we have previously suggested, a decision to proceed with the venture signifies that the perceived benefits justify the project cost. The largest component of this cost is often the construction cost established by the conceptual estimate. This estimated sum becomes the construction budget and, if the project is to remain feasible, it is clear that the actual construction cost must not exceed this budget. Cost planning and subsequent cost control are pursued with the objective of meeting the budget.

After the decision to continue the project has been made, the design team will form and begin to prepare a first schematic design of the work. This design consists of preliminary drawings and specifications that depict the general scope of the project including the shape, size, and layout of the design but with little detail at this stage. A number of preliminary estimates can be prepared as the design develops, informing the designers that their proposed design does or does not meet the project budget. The preliminary estimates can also assist the designers by providing cost information about alternative design details so that they can make more informed design decisions. By evaluating the benefits and costs of a proposed design improvement, the designers can use principles of value analysis to determine if the improvements are justified.

In order to facilitate a more detailed evaluation of the benefits and costs of a project and its constituent parts, preliminary estimates can be subdivided into prices for groupings of building components that are common to most buildings. These groupings are referred to as assemblies or elements and include substructure, superstructure, exterior cladding, interior partitions and doors, vertical movement, and so on. The set of prices for these elements is referred to as the cost plan.

In the process of value analysis, the estimated cost of each element in the cost plan is compared with the perceived value of that element to consider if the sum allocated to that component part of the building is justified by the value provided by the component. At the time of the conceptual estimate, the estimator will have made numerous assumptions about these elements based on discussions with the owner and perception of the owner’s needs. For instance, the exterior cladding of the building may have been assumed to be concrete block masonry. During the design stage it might be suggested that the cladding be changed to brick masonry. Cost estimates of the alternatives and the relative benefits of the two systems will be evaluated to determine if the extra cost of the more expensive brick cladding is justified by the increased value of a brick masonry over a concrete block exterior. Then, if a decision to spend the extra amount on exterior cladding is made and the overall budget is still to be maintained, a saving in another element must be found to balance the additional cost of the cladding.

In this fashion the design and accompanying estimates proceed until the design is complete and we have a budget in place that reflects all the key design decisions. There are many possible reasons why this final budget may differ from that prepared at the conceptual stage, but if cost planning has been properly applied, each step in reaching this point will have been made in awareness of its cost implications, and when contractor’s bids are received, there will be no surprises for the owner.