Types of Contracts for Residential Construction

Contracts used in the residential construction industry can be grouped into three main categories: 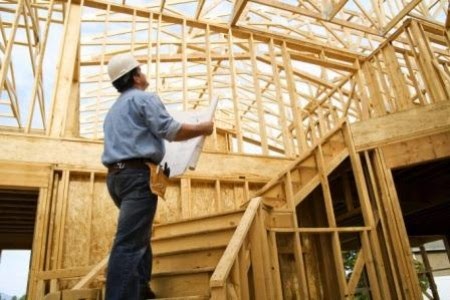 Under the terms of a stipulated lump sum contract, often referred to as a firm price contract, the builder agrees to complete the project as described in the plans and specifications for a fixed sum. As long as the scope of work is not changed, the builder will be paid the agreed amount, no more, no less. For this arrangement to succeed, the scope of work has to be precisely defined in the plans and specifications.
Any uncertainties will usually lead to disputes between the owner and the builder. Because changes are almost inevitable on building contracts, the terms of the contract will include a mechanism for making scope changes and adjusting the contract price to reflect these changes. Under the terms of these contracts, the risk of cost overruns lies with the builder. If the cost of materials turns out to be higher than estimated, the builder will pay the extra cost. When bidders anticipate the possibility of price increases, they often add contingency sums to their bid price to compensate for the risk they are taking. If prices do not rise, these contingencies will simply add to the builder’s profit on the job.

In order to shift contract risks to the owner, some builders have modified the terms of lump sum contracts (by means of an escalation clause) to allow price increases to be added to the original contract sum. This results in what might be called a variable price lump sum contract since the fi nal price will be adjusted for price changes for materials, equipment, and possible subtrades. Stipulated lump sum contracts are commonly used on custom home projects and on multi-unit residential projects. When a competitive bid has been used to select a builder, the successful bidder will usually be awarded a fi rm price contract. Also, the agreement made by spec builders with homebuyers can be considered a kind of stipulated price contract since the builder agrees to complete the home for the sale price. However, there may be provisions in the sales agreement, similar to the escalation clause previously mentioned, that allow the agreed price to rise when there are unanticipated price increases.

Cost plus contracts allow the builder to be compensated for all the costs of constructing the project plus an agreed upon fee. Under these terms, the owner bares the risk of cost overruns, but the owner will not be paying for any contingency sums previously mentioned when price increases fail to materialize. If for some reason the project scope of work is difficult to pin down, as is the case with some renovation projects, the owner may feel that there is an advantage in choosing a cost plus contract. This type of contract is also used in situations where the owner has hired a builder directly without going through a bid competition. In this case, either the owner places a great deal of trust in the builder or is willing to spend time closely monitoring costs as the work progresses.

The amount of fee included in a cost plus contract may be a percentage of the cost of the work, a fi xed sum, or a variable sum. Owners do not generally favor percentage fees because this type of agreement provides no incentive for cost control. In fact, the higher the costs, the more profi t the builder will make. There is also no incentive to control costs when fees are fi xed, but at least it will not result in rewards for ineffi ciency. In order to provide a cost control incentive, provisions have to be included that allow the fee to increase when savings are made and to decrease when project costs exceed expectations. These provisions result in what is known as a variable fee cost plus contract.

Unit price contracts are appropriate when there is some uncertainty about the amount of work to be done. These contracts are not often used on housing projects since on most jobs the amount of work involved is established before a builder is hired. There may, however, be situations, typically related to earthwork, where some task is required but the quantity of this work is not known. For example, a builder may have to remove an existing underground sewer pipe as part of a project. The location of the pipe may be known but depth below grade is not. Under the terms of a unit price contract, the builder would not bid a sum for the whole job; instead he would quote unit prices for the work involved. In this example, the builder may quote $15.00 per cubic yard for the trench excavation and $25.00 per cubic yard for common backfill.
A unit price contract, therefore, has two parts:

1. Prices per unit of measurement for the different types of work involved in the project, and
2. Measurement of the actual work completed.
At the end of the job, the amount of work completed is measured and recorded, and then the builder is paid his unit prices multiplied by the quantity of work done. So, continuing the example, if our builder excavates and backfills 100 cubic yards on the project, he will be paid: