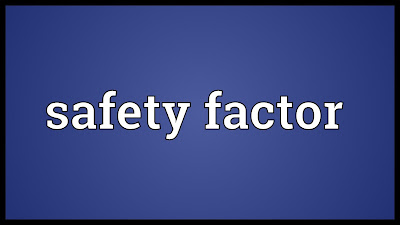 Engineering has been aptly described as the application of science to the common purposes of life. In fulfilling that mission, engineers design a seemingly endless variety of objects to serve the basic needs of society. These needs include housing, agriculture, transportation, communication, and many other aspects of modern life. Factors to be considered in design include functionality, strength, appearance, economics, and environmental effects. However, when studying mechanics of materials, our principal design interest is strength, that is, the capacity of the object to support or transmit loads. Objects that must sustain loads include buildings, machines, containers, trucks, aircraft, ships, and the like. For simplicity, we will refer to all such objects as structures; thus, a structure is any object that must support or transmit loads.
If structural failure is to be avoided, the loads that a structure is capable of supporting must be greater than the loads it will be subjected to when in service. Since strength is the ability of a structure to resist loads, the preceding criterion can be restated as follows: The actual strength of a structure must exceed the required strength. The ratio of the actual strength to the required strength is called the factor of safety n:
Factor of safety, n = Actual strength/Required strength

Of course, the factor of safety must be greater than 1.0 if failure is to be avoided. Depending upon the circumstances, factors of safety from slightly above 1.0 to as much as 10 are used. The incorporation of factors of safety into design is not a simple matter, because both strength and failure have many different meanings.

Strength may be measured by the load-carrying capacity of a structure, or it may be measured by the stress in the material. Failure may mean the fracture and complete collapse of a structure, or it may mean that the deformations have become so large that the structure can no longer perform its intended functions. The latter kind of failure may occur at loads much smaller than those that cause actual collapse.
The determination of a factor of safety must also take into account such matters as the following: probability of accidental overloading of the structure by loads that exceed the design loads; types of loads (static or dynamic); whether the loads are applied once or are repeated; how accurately the loads are known; possibilities for fatigue failure; inaccuracies in construction; variability in the quality of workmanship; variations in properties of materials; deterioration due to corrosion or other environmental effects; accuracy of the methods of analysis; whether failure is gradual (ample warning) or sudden (no warning); consequences of failure (minor damage or major catastrophe); and other such considerations. If the factor of safety is too low, the likelihood of failure will be high and the structure will be unacceptable; if the factor is too large, the structure will be wasteful of materials and perhaps unsuitable for its function (for instance, it may be too heavy).

Because of these complexities and uncertainties, factors of safety must be determined on a probabilistic basis. They usually are established by groups of experienced engineers who write the codes and specifications used by other designers, and sometimes they are even enacted into law. The provisions of codes and specifications are intended to provide reasonable levels of safety without unreasonable costs.