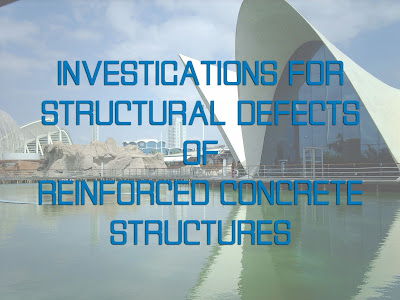 A failure can be considered as occurring in a component when that component can no longer be relied upon to fulfill its principal functions. Limited deflection in a floor which caused a certain amount of cracking/distortion in partitions could reasonably be considered as a defect but not a failure. While excessive deflection resulting in serious damage to partitions, ceiling and floor finishes could be classed as a failure.

This section considers the situation if the initial inspection/investigation detailed in Chapter 4 indicated that some parts of the structure may require strengthening. This can arise for three basic reasons:

a. serious deterioration of some of the structural members;
b. serious overloading of members.
c. proposed change of use involving substantial increase in floor loading.

What are the likely signs of structural distress? No precise answer can be given to this question, but the following brief notes are relevant:

a. Diagonal cracks in beams and walls usually denote high shear stress and should be investigated.
b. Excessive deflexion in beams and floor slabs indicates that the members are over-loaded. This is also likely to show as cracking in the soffit at right angles to the main reinforcement (flexural cracking).
c. Bowing in columns and load-bearing walls is likely to cause cracking parallel to the main reinforcement.
4. Bowing in wall panels may be due to differential shrinkage/thermal effects between one face and the other.
5. Errors in the location, design and/or execution of movement joints, isolation joints, stress relief joints and sliding joints can result in cracking, spalling and distortion. This type of defect can be very difficult to rectify.

It will be seen from the previous section that visible cracking plays an important part in indicating that the structure or parts of the structure are suffering from structural distress. In other words, the members affected were unable to carry the loads imposed on them with an adequate factor of safety.

Such a state of affairs may be brought about by:

a. error(s) in design;
b. errors in construction (workmanship and/or materials);
c. actual loading significantly in excess of the design load;
d. physical damage, impact, explosion fire etc.
e. serious corrosion of reinforcement, which may be the result of many factors.

The engineer should make every effort to obtain copies of the structural calculations and as-built drawings. Unfortunately, this important information is often not available, in which case a ‘structural appraisal’ would be needed and this is time-consuming and expensive.

Assuming that adequate background information is available the general procedure is basically the same but with the emphasis on obtaining information for a practical diagnosis of the structural shortcomings. Additional methods of investigation may include:

It should be noted that the above methods are supplementary to normal investigation techniques, and often used in combination.

BS 1881: Part 201, Sect. 2.13, gives a useful summary of the test and detail how it should be carried out. The principal uses of the test for the purpose of detecting defects in concrete are:

a. locating the presence and approximate extent of cracks and voids, particularly in grouting in prestressing ducts;
b. checking on uniformity/homogeneity of the concrete in or between members or different parts of the structure.

The effective use of UPV for detecting defects in concrete requires considerable experience, particularly in the correct interpretation of results. It is a sophisticated method of test and expensive but for large and/or complex jobs it can be an essential part of the investigation.

The author is indebted to GB Geotechnics for the information which follows. A transducer containing the transmit and receive antennae is drawn over the surface under investigation at a constant speed. Pulses of energy are transmitted into the material and are reflected from internal surfaces and objects, e.g. changes in density, voids, reinforcing steel. The data is recorded graphically or digitally thus enabling a preliminary assessment on site, followed, if considered necessary, by detailed processing in the laboratory.

Radar responds to changes; it can identify boundaries between layers, measure thicknesses and assess voids and relative moisture content. The radar profile is effectively continuous, radio pulses are transmitted at around 50 000 pulses per second.

Transducers can be hand-held or mounted below survey vehicles, and can be operated up to 200 m from the recording station.

The location of the cores should be carefully selected to provide the information required and for checking the results of UPV and radar surveys.

The cores should be cut, prepared and tested in accordance with the appropriate National Standard; in the UK this is BS 1881: Part 120.

Reference should also be made to BS 6089: Assessment of Concrete Strength in existing Structures, and to Concrete Society Technical Report No. 11.

Misunderstandings sometimes arise over the interpretation of the test results. The actual test on the core will give the compressive strength of the concrete in the core. BS 6089 refers to the ‘estimated in situ cube strength’ which is defined as ‘The strength of concrete at a location in a structural member estimated from indirect means and expressed in terms of specimens of cubic shape’. The Concrete Society Report refers to two types of strength; firstly: ‘Estimated Potential Strength’ which is defined as:

The strength of concrete sampled from an element and tested in accordance with this procedure, such that the result is an estimate of the strength of the concrete provided for manufacture of the element, expressed as the 28 day BS.1881 cube strength, allowance being made for differences in curing, history, age, and degree of compaction between core and BS.1881 cube.

The report also provides for a correction for the influence of included steel. When all these corrections have been made, the result is intended to give the 28-day cube strength of the concrete if cubes had been made and tested in accordance with BS 1881, at the time the member was cast. The intention is to provide an acceptable answer to the questions which arise in new construction when cubes fail. Many experienced engineers feel that with so many corrections only limited reliance can be placed on the results.

The second ‘type of strength’ referred to in the CS Report is ‘The Estimated Actual Strength’; this is defined as:

The strength of concrete sampled from an element and tested in accordance with this procedure, such that the result, expressed as an equivalent cube strength, is an estimate of the concrete strength as it exists at the sampling location, without correction for the effect of curing, history, age or degree of compaction.

The majority of investigations involving existing buildings are concerned with a reasonable assessment of actual strength as defined above, of the concrete in the load-bearing members.

The testing described above should provide information on the general quality of the concrete and condition of the reinforcement. For the engineer to be able to predict with reasonable accuracy the load-carrying capacity of the various structural elements—beams, columns, floor slabs etc.—the following information would also be required:

When there is serious doubt about the value of the information available, consideration may have to be given to a load test on selected structural elements. It is accepted that design assumptions do not exactly match the as-built conditions; this is due mainly to the effects of composite action and load sharing. A load test on a beam or floor slab, if correctly carried out, will show how the element under test will react to the applied load under working conditions. During the test it is necessary to record deflections, recovery on removal of load, and details of any crack development.

Load tests must be carried out with great care by an experienced firm with an experienced engineer on site during the test. Provision must be made to deal with any unexpected collapse. All necessary safety precautions must be observed.

Load tests are time-consuming and expensive and should only be carried out after careful consideration of practical value of the results.