A shallow foundation is often selected when the structural load will not cause excessive settlement of the underlying soil layers. 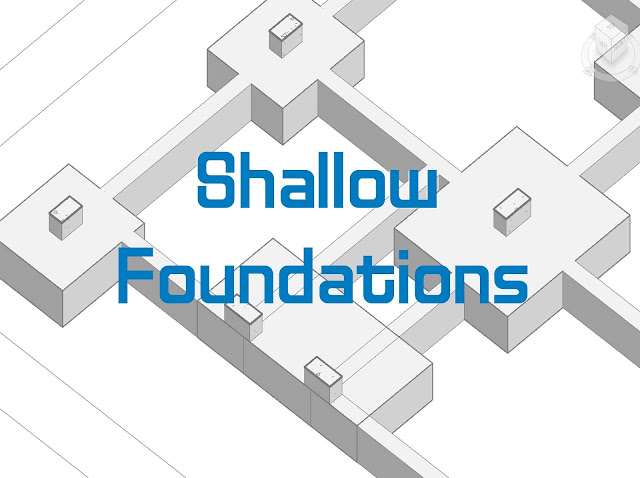 The Post-Tensioning Institute (1996) has prepared installation and field inspection procedures for posttensioned slab-on-grade. Posttensioned slab-on-grade consists of concrete with embedded steel tendons that are encased in thick plastic sheaths. The plastic sheath prevents the tendon from coming in contact with the concrete and permits the tendon to slide within the hardened concrete during the tensioning operations. Usually tendons have a dead end (anchoring plate) in the perimeter (edge) beam and a stressing end at the opposite perimeter beam to enable the tendons to be stressed from one end. However, it is often recommend that the tendons in excess of 100 ft (30 m) b stressed from both ends.

If the expected settlement for a proposed shallow foundation is too large, then other options for foundation support or soil stabilization must be evaluated. Some commonly used alternatives are as follows:

iii. Densification of soil. There are many different methods that can be used to densify loose or soft soil. For example, vibro-flotation and dynamic compaction are often effective at increasing the density of loose sand deposits. Another option is compaction grouting, which consists of intruding a mass of very thick consistency grout into the soil, which both displaces and compacts the loose soil.