Conceptually, one can define three generations of renewables technologies, reaching back more than 100 years.
First-generation technologies emerged from the industrial revolution at the end of the 19th century and include hydropower, biomass combustion, and geothermal power and heat. Some of these technologies are still in widespread use.


Second-generation technologies include solar heating and cooling, wind power, modern forms of bioenergy, and solar photovoltaics. These are now entering markets as a result of research, development and demonstration (RD&D) investments since the 1980s. The initial investment was prompted by energy security concerns linked to the oil crises (1973 and 1979) of the 1970s but the continuing appeal of these renewables is due, at least in part, to environmental benefits. Many of the technologies reflect significant advancements in materials.


First- and second-generation technologies have entered the markets, and third-generation technologies heavily depend on long term research and development commitments, where the public sector has a role to play. A 2008 comprehensive cost-benefit analysis review of energy solutions in the context of global warming and other issues ranked wind power combined with battery electric vehicles (BEV) as the most efficient, followed by concentrated solar power, geothermal power, tidal power, photovoltaic, wave power, coal capture and storage, nuclear energy, and finally bio fuels.

First-generation Technologies
One of many power plants at The Geysers, a geothermal power field in northern California, with a total output of over 750 MW.
First-generation technologies are most competitive in locations with abundant resources. Their future use depends on the exploration of the available resource potential, particularly in developing countries, and on overcoming challenges related to the environment and social acceptance.
—International Energy Agency, RENEWABLES IN GLOBAL ENERGY SUPPLY, An IEA Fact Sheet
Among sources of renewable energy, hydroelectric plants have the advantages of being long-lived—many existing plants have operated for more than 100 years. Also, hydroelectric plants are clean and have few emissions. Criticisms directed at large-scale hydroelectric plants include: dislocation of people living where the reservoirs are planned, and release of significant amounts of carbon dioxide during construction and flooding of the reservoir.
Hydroelectric dams are one of the most widely deployed sources of sustainable energy.However, it has been found that high emissions are associated only with shallow reservoirs in warm (tropical) locales. Generally speaking, hydroelectric plants produce much lower life-cycle emissions than other types of generation. Hydroelectric power, which underwent extensive development during growth of electrification in the 19th and 20th centuries, is experiencing resurgence of development in the 21st century. The areas of greatest hydroelectric growth are the booming economies of Asia. China is the development leader; however, other Asian nations are installing hydropower at a rapid pace. This growth is driven by much increased energy costs—especially for imported energy—and widespread desires for more domestically produced, clean, renewable, and economical generation.

Geothermal power plants can operate 24 hours per day, providing base-load capacity, and the world potential capacity for geothermal power generation is estimated at 85 GW over the next 30 years. However, geothermal power is accessible only in limited areas of the world, including the United States, Central America, Indonesia, East Africa and the Philippines. The costs of geothermal energy have dropped substantially from the systems built in the 1970s. Geothermal heat generation can be competitive in many countries producing geothermal power, or in other regions where the resource is of a lower temperature. Enhanced geothermal system (EGS) technology does not require natural convective hydrothermal resources, so it can be used in areas that were previously unsuitable for geothermal power, if the resource is very large. EGS is currently under research at the U.S. Department of Energy.
Biomass briquettes are increasingly being used in the developing world as an alternative to charcoal. The technique involves the conversion of almost any plant matter into compressed briquettes that typically have about 70% the calorific value of charcoal. There are relatively few examples of large scale briquette production. One exception is in North Kivu, in eastern Democratic Republic of Congo, where forest clearance for charcoal production is considered to be the biggest threat to Mountain Gorilla habitat. The staff of Virunga National Park have successfully trained and equipped over 3500 people to produce biomass briquettes, thereby replacing charcoal produced illegally inside the national park, and creating significant employment for people living in extreme poverty in conflict affected areas.

Markets for second-generation technologies are strong and growing, but only in a few countries. The challenge is to broaden the market base for continued growth worldwide. Strategic deployment in one country not only reduces technology costs for users there, but also for those in other countries, contributing to overall cost reductions and performance improvement.
—International Energy Agency, RENEWABLES IN GLOBAL ENERGY SUPPLY, An IEA Fact Sheet
Solar heating systems are a well known second-generation technology and generally consist of solar thermal collectors, a fluid system to move the heat from the collector to its point of usage, and a reservoir or tank for heat storage and subsequent use. The systems may be used to heat domestic hot water, swimming pool water, or for space heating. The heat can also be used for industrial applications or as an energy input for other uses such as cooling equipment. In many climates, a solar heating system can provide a very high percentage (50 to 75%) of domestic hot water energy. Energy received from the sun by the earth is that of electromagnetic radiation. Light ranges of visible, infrared, ultraviolet, x-rays, and radio waves received by the earth through solar energy. The highest power of radiation comes from visible light. Solar power is complicated due to changes in seasons and from day to night. Cloud cover can also add to complications of solar energy, and not all radiation from the sun reaches earth because it is absorbed and dispersed due to clouds and gases within the earth's atmospheres. 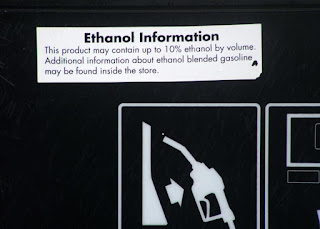 Third-generation technologies are not yet widely demonstrated or commercialised. They are on the horizon and may have potential comparable to other renewable energy technologies, but still depend on attracting sufficient attention and RD&D funding. These newest technologies include advanced biomass gasification, biorefinery technologies, solar thermal power stations, hot dry rock geothermal energy, and ocean energy.
—International Energy Agency, RENEWABLES IN GLOBAL ENERGY SUPPLY, An IEA Fact Sheet

According to the International Energy Agency, new bioenergy (biofuel) technologies being developed today, notably cellulosic ethanol biorefineries, could allow biofuels to play a much bigger role in the future than previously thought.Cellulosic ethanol can be made from plant matter composed primarily of inedible cellulose fibers that form the stems and branches of most plants. Crop residues (such as corn stalks, wheat straw and rice straw), wood waste, and municipal solid waste are potential sources of cellulosic biomass. Dedicated energy crops, such as switchgrass, are also promising cellulose
In 2007, the world's first turbine to create commercial amounts of energy using tidal power was installed in the narrows of Strangford Lough in Ireland. The 1.2 MW underwater tidal electricity generator takes advantage of the fast tidal flow in the lough which can be up to 4m/s. Although the generator is powerful enough to power up to a thousand homes, the turbine has a minimal environmental impact, as it is almost entirely submerged, and the rotors turn slowly enough that they pose no danger to wildlife.
About the Author

Sardar Kashif ur Rehman He is B.Sc in Civil Engineering from "National University of Sciences and Technology Pakistan"