In recent decades, tremendous success has been achieved in the advancement of chemical admixtures for Portland cement concrete. Materials scientists, chemists, engineers, and manufacturers’ technical representatives have helped the concrete industry to improve our ability to control work times, workability, strength, and durability of Portland cement concrete. Most efforts have centered on improving the properties of concrete with minimal investments by ready-mix suppliers and contractors in the way of specialized equipment or special skills and education of their labor forces. This approach has resulted in construction cost reductions and universally accepted ready-made remedies for unexpected problems during construction.

The function of each admixture focuses on a specific need, and each has been developed independently of the others. Some admixtures already have chemistry that affects more than one property of concrete, and some have simply been combined for ease of addition during the batching process. Their definitions and specifications are discussed in the American Society for Testing and Materials (ASTM) C 494 and in the American Concrete Institute (ACI) Manual of Concrete Practice 212.3R and 212.4R. Retarders have been developed that allow for longer working times with minimal effect on the final cure strength. These retarders provide better finishing and higher quality concrete in the heat of the summer. Accelerators have been produced that initiate the cement hydration process much earlier in lower temperatures. Airentraining agents were developed into commercial admixtures when it was observed that air entrainment improved the resistance of concrete to freezing and thawing. This is accomplished by the production of many well-distributed tiny bubbles that act as pressure-relief mechanisms in the matrix whenever water in the pores expands and contracts under freezing and near-freezing conditions. 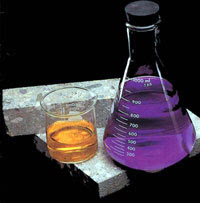 Water reducers, or plasticizers, have allowed finishers to place and work the concrete with much less water and thus produce higher strengths and more durable concrete. High-range water reducers (HRWRs), or superplasticizers, were developed to adjust the plasticity of low-water concrete to a consistency that can easily be pumped up to higher elevations without compromising strength or durability. Later, organic polymers such as latex and epoxies were developed to modify the concrete matrix in such a way as to improve the bond of the cured concrete to a given substrate or to reduce permeability and internally reinforce the cured matrix. Often, a stronger matrix is also a result. Monomer systems have also been used to impregnate cured Portland cement concrete, filling the small pores, capillaries, and voids with a liquid that quickly hardens, leaving a less porous, higher modulus, and more chemical resistant concrete.

All of these admixtures have been refined to provide concrete designers and builders with increasing options and greater adaptability to an expanding variety of applications and ambient conditions. It is estimated that one or more chemical admixtures, not including air-entraining agents, are present in 80% of the concrete placed today, and the figure rises to almost 100% when air-entraining agents are included.