Since the dawn of agriculture and civilization, human beings have hastened deforestation, impacting climatic and ecological conditions. Deforestation and the use of fossil fuel energy diminish the natural recycling of carbon dioxide gases. This accelerates and increases the inversion layer that traps the reflected energy of the sun. The augmented inversion layer has an elevated atmospheric temperature, giving rise to global warming, which in turn has caused melting of the polar ice, substantial changes to climatic conditions, and depletion of the ozone layer. 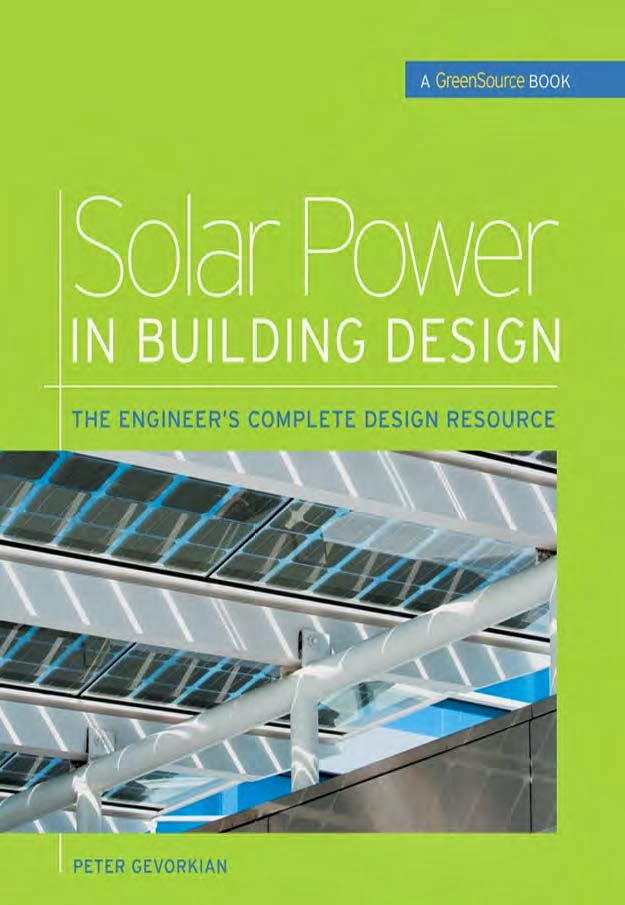 Within a couple of centuries, the unchecked effects of global warming will not only change the makeup of the global land mass but will affect human’s lifestyle on the planet. Continued melting of the polar ice caps will increase seawater levels and will gradually cover some habitable areas of global shorelines. It will also result in unpredictable climatic changes, such as unusual precipitation, floods, hurricanes, and tornadoes.
Dr. Peter Gevorkian’s Solar Power in Building Design: The Engineer’s Complete Design Resource is the third book in a sequence of comprehensive surveys in the field of modern solar energy theory and practice. The technical title does little to betray to the reader (including the lay reader) the wonderful and uniquely entertaining immersion into the world of solar energy.
Download