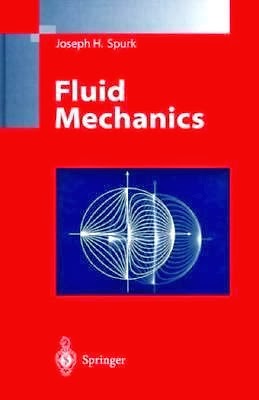 This textbook is the translation of the fourth edition of Strömungslehre, Einführung in die Theorie der Strömungen. The German edition has met with a favorable reception in German-speaking countries, showing that there was a demand for a book that emphazises the fundamentals. In the English literature there are books of the same nature, some excellent, and these have indeed influenced me to write this book. However, they cover different ground and are not aimed primarily at mechanical engineering students, which this book is. I have kept the original concept throughout all editions and there is little to say that has not been said in the preface to the first German edition. There is now a companion volume Solved Problems in Fluid Mechanics, which alleviates the drawback of the first German edition, namely the absence of problem exercises.
The book has been translated by Katherine Mayes during her stay in Darmstadt, and I had the opportunity to work with her daily. It is for this reason that I am solely responsible for this edition, too. The first English edition was the translation of the fourth German edition. In the meantime the textbook has undergone several additions, mostly stimulated by consulting activities of the first author. Since the textbook continues to receive favourable reception in German speaking countries and has been translated in other languages as well, the publisher suggested a second English edition.
Download