Book: The Hoover Dam (Building America Then and Now) by Rebecca Aldbridge 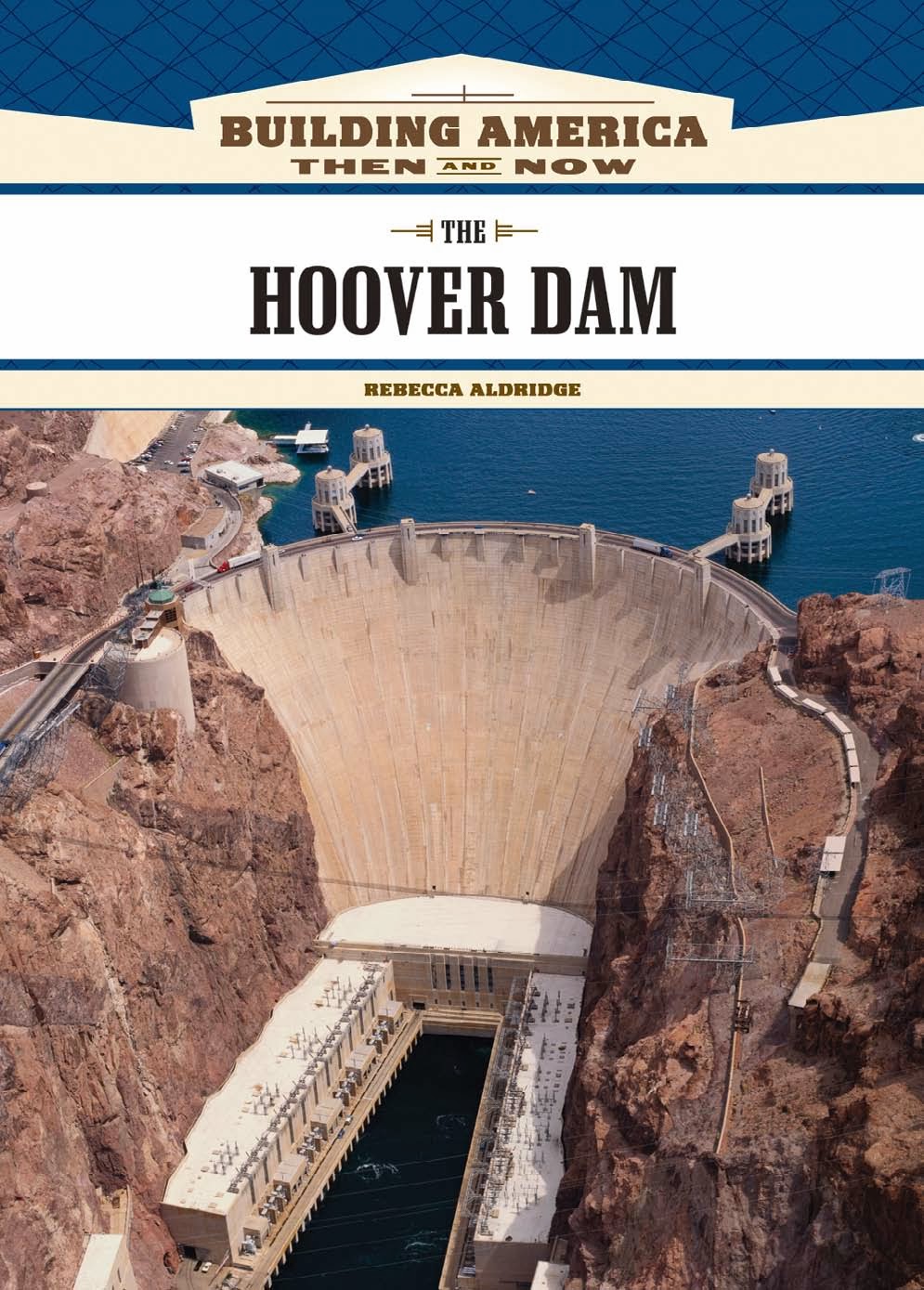 The time was the early 1930s, the president was Herbert Hoover, and the situation in the United States looked bleak. The stock market had crashed in 1929, and most Americans were hurt by the Great Depression, which left a majority of them jobless, homeless, and penniless. But in the West, a beacon of hope was in the works— a major structure that would symbolize the nation’s technological prowess. That structure, built as graceful as it was strong, would come to be known as the Hoover Dam.
In the dry western United States, water resources and water rights had almost always been an issue. For this growing area of the country, water for drinking and irrigating land was an everincreasing necessity. The United States Reclamation Service was formed to help deal with these concerns. This government entity and its engineers would come to play a great part in the construction of the Hoover Dam.
When early settlers arrived in the West, they could hardly have been able to imagine that any structure could control the Colorado River and its strong- minded fl ow. Yet a man named Arthur Powell Davis dreamed an amazing dream for the area of the Colorado Basin. Davis’s dream certainly did not become a reality overnight. For a project of this magnitude to succeed, field investigations would have to be conducted, politicians would have to organize, seven western states that had been arguing for years would have to make a final and lasting negotiation on water rights, and a company that could actually bring to life such an enormous entity would have to be found. It took years, but eventually all obstacles were overcome.
Created from a whopping 4.5 million cubic yards (3.4 million cubic meters) of concrete, the majestic dam was built in the middle of nowhere, stretching across the mighty Colorado River in the desolate Black Canyon. To provide for the dam’s construction, the government would have to lay down rail line, electricity would have to be connected, and living quarters for thousands of workers would have to be built. In short, the dam was an immense undertaking.
The organization in charge of building this one of a kind dam from the canyon floor up was Six Companies-a conglomeration of several businesses and individuals with construction and engineering experience who could not possibly have done the job alone. The ones responsible for its actual rise, block by block, 726 feet (221.3 meters) into the air were 5,000 men who came from all across the country. Most of these men were desperate to feed themselves and their families in the hungry times of the Depression. Living and working in extreme conditions, these workers— some with no previous construction experience jackhammered, blasted, dug, and swung hundreds of feet in the air from the canyon walls, all in the name of progress.
Over the course of several years— from 1931 to 1936—the dam took shape, a reservoir was created, and a hydroelectric power plant was built. During this time, the construction claimed 96 lives. In the end, however, this fascinating superstructure— and the world’s tallest dam at the time— would prove to be a lasting memorial to the thousands of men who saw it to completion.
Although the Hoover Dam has since been surpassed in height, it remains one of the most widely recognized structures in the world and a crowning achievement in American engineering.
DOWNLOAD