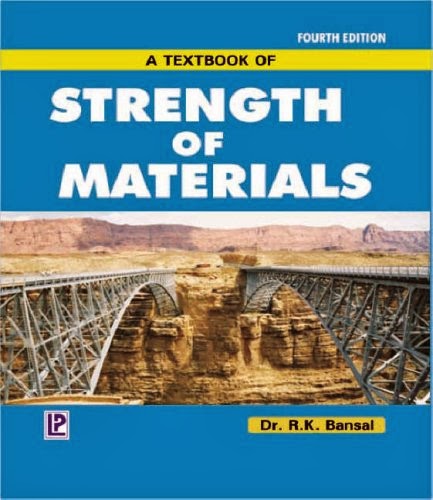 The popularity of the third edition and reprints of the textbook of Strength of Materials amongst the students and the teachers of the various Universities of the country, has prompted the bringing out of the fourth edition of the book so soon. The fourth edition has been thoroughly revised and brought up-to-date. A large number of problems from different B.E. degree examinations upto 2005 of Indian Universities and other examining bodies, such as Institution of Engineers U.P.S.C. (Engineering Services) and Gate have been selected and have been solved at proper places in this edition in S.I Units.
Three advanced topics of Strength of Materials such as stresses due to rotation in thin and thick cylinders, bending of curved bars and theories of failure of the material have been added. These chapters have been written in such a simple and easy-to-follow language that even an average student can understand easily by self-study. In the chapter of 'Columns and Struts', the advanced articles such as columns with eccentric load, with initial curvature and beam columns have been included. The notations· in this edit~on have been used upto-date by the use of sigma and tau for stresses.