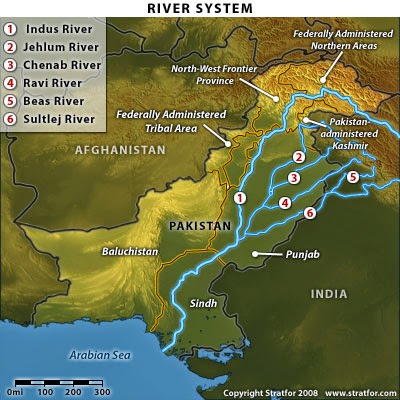 Pakistan observed one of the worst floods in its history during July‐August 2010, which caused wide spread devastation. The floods caused by unprecedented rains in many of the catchments of major and small rivers washed away large number of public and private infrastructure in the northern parts of the country and inundated millions of hectares of land, thousands of human settlements, large network of communication infrastructure, and irrigation and drainage system in the centre and south, resulting in displacements of about 20 million people across the country.

The flood water originating in the northern steeper valleys gushed through Indus, Swat, Kabul rivers and many small hill torrents with extremely high velocities washing away almost everything on its way before spreading over millions of hectares in relatively flatter plains. The high intensity instantaneous flood peaks at various locations on these rivers surpassed historic peaks recorded in the past. Peak discharge recorded in Indus river upstream Tarbela reservoir, Swat river at Amandar and Munda, and Kabul river at Nowshehra was 60‐200 percent higher than the historic maximum.

The flashy floods in Khyber Pakhtunkhwah (KP) Province gave no response time and caused maximum human casualties. In other provinces, the Indus river carrying cumulative flows of all rivers got breached at seven locations, four in Sindh and three in Punjab.Six of these breaches were reportedly caused by high water pressure and one in Punjab was made by the provincial authorities at designated locations in the Right Marginal Bund (RMB) of Jinnah barrage. Water pressure breached Left Guide Bund (LGB) of Jinnah barrage, Left Marginal Bund (LMB) of Taunsa barrage, LMB of Guddu barrage, Tori bund between Guddu and Sukkur barrage on right bank, SM bund downstream Kotri Barrage on left bank, and PB bund downstream Kotri barrage on the right bank. These breaches occurred while flood water was still below their top levels. The damages incurred in Punjab, Sindh, and Balochistan resulted mainly from breaching of these bunds.
Download document