Steel-reinforced concrete is widely used in construction. The corrosion of the steel reinforcing bars (rebars) in concrete limits the life of concrete structures. It is one of the main causes for the deterioration of the civil infrastructure. Corrosion occurs in the steel regardless of the inherent capacity of concrete to protect the steel from corrosion; accelerated corrosion results from the loss of alkalinity in the concrete or the penetration of aggressive ions (such as chloride ions). Methods of corrosion control of steel-reinforced concrete include cathodic protection, surface treatments of the rebars (epoxy coating, galvanizing, copper cladding, protective rust growth, surface oxidation, and sandblasting ), the use of admixtures (organic and inorganic corrosion inhibitors, silica fume, fly ash, slag and latex ) and the use of surface coating.

Steel rebars are made of mild steel because of low cost. (Stainless steel is excellent in corrosion resistance,100 but its high cost makes it impractical for use in concrete.) The coating of a steel rebar with epoxy is commonly used to improve corrosion resistance, but it degrades the bond between rebar and concrete, and the tendency of the epoxy coating to debond is a problem. Furthermore, the cut ends of the rebar and areas of the rebar where the epoxy coating is damaged are not protected from corrosion. On the other hand, galvanized steel attains corrosion protection by its zinc coating, which acts as a sacrificial anode. Galvanized steel bonds to concrete better than epoxy-coated steel, and the tendency of the coating to debond is also less. Areas of the rebar where the zinc coating is damaged are still protected; the exposed areas, such as the cut ends, are protected provided they are less than 8 mm from the zinc coating.Steel surface treatments that improve both corrosion resistance and bond strength are attractive. They include sandblasting and surface oxidation.

Sandblasting involves discharging ceramic particles (typically alumina particles around 250 μm) under pressure (about 80 psi or 0.6 MPa). It results in roughening as well as cleaning the surface of the steel rebar. Cleaning relates to the removal of rust and other contaminants on the surface, as a steel rebar is usually covered by rust and other contaminants. Cleaning causes the surface of the rebar to be more uniform in composition, which improves corrosion resistance. Roughening enhances the mechanical interlocking between rebar and concrete, thus increasing bond strength.

Water immersion means total immersion of the rebar in water at room temperature for two days. It causes the formation of a black oxide layer on the surface of the rebar, thus enhancing the composition uniformity of the surface and improving corrosion resistance. In addition, the oxide layer enhances the adhesion between
rebar and concrete, thereby increasing bond strength. Water immersion times that are less than or greater than two days yield less desirable effects on both bond strength and corrosion resistance. Steel rebars can also be coated with a corrosion-inhibiting cement slurry  or a cement-polymer composite for corrosion protection.

Of all the methods described for treating the surface of steel rebar, the most widely used are epoxy coating and galvanizing because of their long history of usage.

Admixtures are solids or liquids that are added to a concrete mix to improve the properties of the resulting concrete. Admixtures that enhance the corrosion resistance of steel reinforced concrete include those that are primarily for corrosion inhibition and those that are primarily for improving the structural properties. The latter are attractive because of multifunctionality. The former are mostly inorganic chemicals (such as calcium nitrite, copper oxide, zinc oxide, sodium thiocyanate and alkaline earth silicate) that increase the alkalinity of the concrete, although they can be organic chemicals such as banana juice. Admixtures primarily for structural property improvement can be solid particles such as silica fume, fly ash and slag, and solid particle dispersions such as latex. 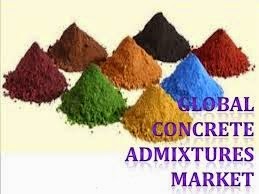 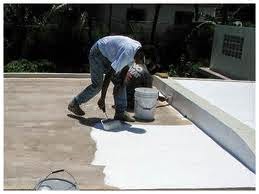 Coatings (such as acrylic rubber) can be applied to the concrete surface for the purpose of corrosion control through improving impermeability. However, this method suffers from the poor durability of the coating, and the loss of corrosion protection in areas where the coating is damaged.

Cathodic protection is an effective method for corrosion control of steel-reinforced concrete. It involves the application of a voltage to force electrons to go to the steel rebar, thereby making the steel a cathode. As the voltage needs to be constantly applied, the electrical energy consumption is substantial. This can be alleviated by the use of carbon fiber-reinforced concrete.

As the steel rebar is embedded in concrete, the electrons need to go through the concrete in order to reach the rebar. However, concrete is not very conducting electrically. The use of carbon fiber-reinforced concrete for embedding the rebar facilitates cathodic protection, as the short carbon fibers enhance the conductivity of the concrete.For directing electrons to the steel-reinforced concrete, an electrical contact that is connected to the voltage supply is needed on the concrete. One choice of an electrical contact material is zinc, a coating deposited on the concrete by thermal spraying. It has a very low volume resistivity (thus requiring no metal mesh embedment), but it suffers from poor wear and corrosion resistance, the tendency to oxidize, high thermal expansion coefficient, and high material and processing costs. Another choice is a conductor-filled polymer, that can be applied as a coating without heating, but it suffers from poor wear resistance, higher thermal expansion coefficient, and high material cost. Yet another choice is a metal (e.g., titanium) strip or wire embedded at one end in cement mortar that is in the form of a coating on the steel-reinforced concrete. The use of carbon fiber-reinforced mortar for this coating facilitates cathodic protection, as it is advantageous to enhance its conductivity. 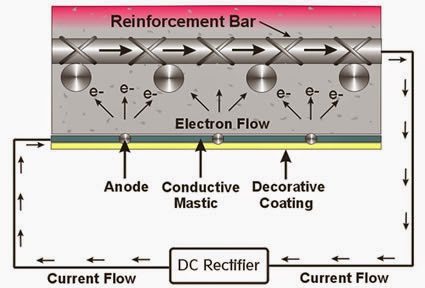 In spite of the low resistivity of mortar overlay with carbon fibers, cathodic protection requires multiple metal electrical contacts embedded in the mortar at a spacing of 11 cm or less.

Methods of corrosion control of steel-reinforced concrete include steel surface treatment, the use of admixtures in concrete, surface coating on concrete, and cathodic protection.