The concrete, as it comes out of the mixer or as it is ready for use on the platform, is to be transported and placed on the formwork. 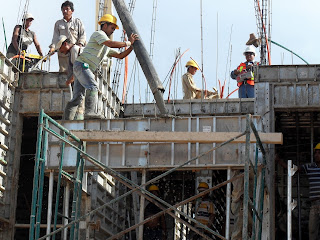 Following precautions should be taken during placing of concrete.