Bitcoin Mining Machines Heat Up a Home in Russia

We have seen Bitcoin rise to an unprecedented popularity and being featured as one of the top cryptocurrencies around the globe. Many regard Bitcoin as the future of online payments and the financial market has already seen a boom in its acceptance as a form of payment. 2017 can undoubtedly be seen as the year of Bitcoin. 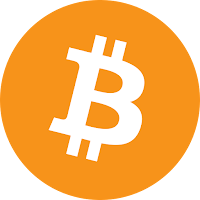 Bitcoin mining is the most tangible way a common man can benefit from all the advantages of Bitcoin that it can offer. Mining machines are utilized to mine Bitcoins which consume a lot of power. It involves a lot of computing power and alongside emission of heat to the environment. When a bitcoin transaction is carried out, it requires a certain amount of computing power which generates heat from the components of the machine. Very few people have thought of utilizing this heat which normally flows freely to the environment without being utilized.

Two smart Russian partners Ilya Frolov and Dmitry Tolmachyov based in Irkutsk however have a plan. They mine the Bitcoin and trap the heat generated by their machines to heat up their 20 m2 cottage. Heating is quite essential in Siberia where these clever entrepreneurs are located and they do so from the surplus heat while still generating around $430 a month.

Bitcoin mining has large energy costs which is the reason why miners are often located in areas with cheap electricity. It also large environmental costs. Consequences are unforeseen according to environmental experts in this regard. 70% of the global hashrate is located in China where coal is used to support this industry. Cryptocurrency is growing at a dramatic rate and other methods like Delayed Proof of Work (DpoW) mining and Useful Work system.

According to a recent paper titled '“Filecoin: A Decentralized Storage Network”,
“On-demand block generation saves energy on its own Blockchain whereas dPoW makes the Bitcoin Blockchain more energy efficient. When a transaction is detected in the mempool the mining process starts. This saves energy on many fronts; CPU cores sit idle when they aren't mining, comparable to proof of stake. This also leads to smaller Blockchain sizes due lack of empty blocks being mined, which leads to less syncing time and saving on space and electricity in the process.”

Cryptocurrency is undoubtedly an emerging form of currency which has its own merits and demerits. One of the most concerning aspects is the environmental cost and heat footprint of the systems and hardware in running such systems. There is a  need to propose and implement environment friendly methods to carry out the transactions and other computations involved in the process.