An Overview of Structural Types

The word structure (pronounced as “strək(t)SHər”) is a noun as well as a verb. As a noun, it means “the arrangement of and the relations between parts or elements of something complex,” and as a verb it refers to the process to “construct or arrange according to a plan; give a pattern or organization.” This term is used extensively in literature, and many disciplines signify these properties and processes.

When applied to the physical and built environment, the term “structure” means an assemblage of physical components and elements, each of which could further be a structure in itself, signifying the complexity of the system. The discipline of “Structural Engineering” refers to the verb part of the definition, dealing with the ways to arrange and size a system of components for construction according to a plan and serving the intended purpose. The primary purpose of any structure is to provide a stable, safe, and durable system that supports the desired function within the physical environment, of which the structure is a part of. The role of the structural engineer, therefore, is to “conceive, analyze, and design” the structure to serve its purpose. 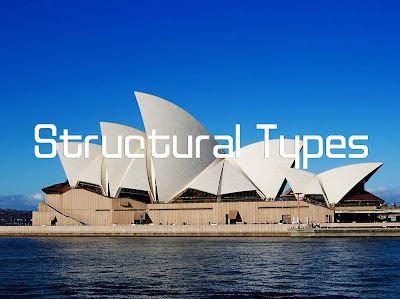 There is hardly any aspect of our built environment or human activity that does not rely on physical structures. Buildings that provide useful places to live and work, bridges that provide us means to move across obstacles, factories that are needed to manufacture almost everything we need, dams to store water to generate power and irrigate lands, transmission towers to distribute electricity; all require structures to function, and structural engineers to design such structures. The role and importance of structural engineering and structural engineers is often underestimated and misunderstood. While a well-conceived and well-designed structure is the backbone of our built environment, a poorly conceived, designed, or constructed structure poses a serious hazard to the safety and well being of people and property. Collapse or failure of structures can claim a large number of lives and result in extensive economic loss. The role of structural engineers is, therefore, critical for overall economic development as well as for improving the community resilience to disasters.

The physical structure, or structure for brevity, can be assembled in infinite ways using very few basic element types or forms, some of which are shown in Fig. 1.1. As is evident, these are derived from or are consistent with basic geometric primitives such as line, curve, plane, surface, and solid. This compatibility can often be used to blend the form, function, and structure.
The assemblage of these components can be of many types and configurations. Some are made entirely of the skeleton-type members, some from surface-type members, and some from solid-type members, but most structures are a combination of more than one member type. Based on the member types, the structures can be broadly categorized as
Cable Structures: Using Cables as the Main Member Type

These structures primarily transfer forces and internal actions through tension in individual cables or a set of cables. The shapes or geometry of cable profile often govern the behavior. Examples of such structures are:
Skeletal Structures: Using Beam-Type Members

These structures are composed of bar members that mainly resist the loads and forces through a combination of tension, compression, bending, shear, torsion, and warping. Such skeletal members are often called ties, struts, beams, columns, and girders. Typical application of skeletal structures can be found in the following:
Spatial Structures: Using the Membrane/Plate/Shell-Type Members

These are structures created by spatial or surface type of elements and they transfer loads through a combination of bending, compression, torsion, and in-plane and out-of-plane shear of the element surface. The cross-sections of such members are generally rectangular. Examples of such structures include:
Sometimes, surface members and structures can be created by using a large number of skeletal members, covered by a skin or cladding, combining the fabric, cable, and bars to create surfaces.

These structures comprise of solid bodies or members in which the forces or loads are transferred through the member bodies. Such members or structures do not have a cross-section in the conventional sense. Some of the structures are:
Mixed Structures: Using One or More of the Basic Element Types

Most often, the real structures are composed of one or more types of basic elements. For example, a typical building is made of columns and beams (skeletal), slabs and walls (shell), footings (solid) structures, etc.

There are several other types of structures that are either a combination of the basic forms or especially developed for a particular application or usage. These include stressed ribbon bridges, fabric structures, skeleton spiral structures, floating offshore structures, pneumatically inflated structures etc.