10 Strangest Buildings in the World 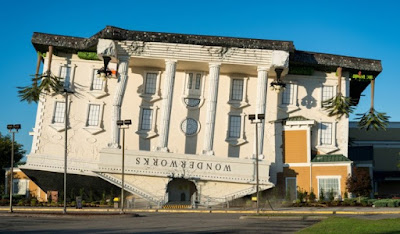 Architects around the world have no doubt designed some superb buildings but here we take a look at 10 of the most bizarre buildings from around the globe. We have chosen some of the strangest looking, most colourful, and those that make their cities stand out as one of the places that you simply have to visit. 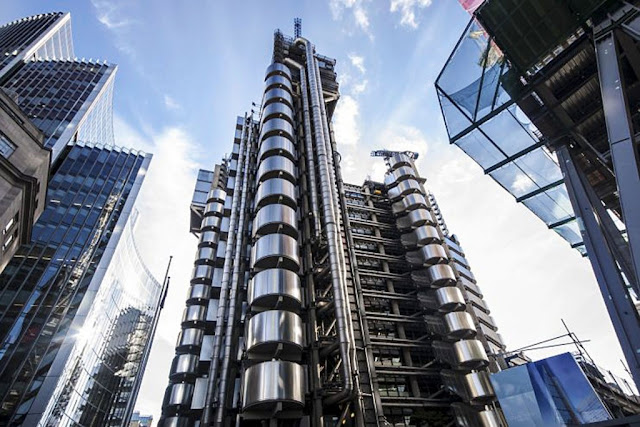 The Lloyds building is situated in the heart of the financial district in London and is home to an insurance company. It has been called the inside out building due to the fact that the ducts and elevators along with other building services were designed on the outside of the building to free up space inside. The architect behind this bizarre building is Richard Rogers and it would look at home on the set of a science fiction movie.

One of the strangest buildings found in Japan is the Fuji TV building with its futuristic looks and a silver ball of 32 meters diameter which seems to be suspended among the structure. Architect Kenzon Tange designed the building to be earthquake proof, with the ball being home to an observation tower.

8. Ripleys Believe It Or Not at Niagara Falls, Canada

The Ripleys Believe It Or Not building is very bizarre as it looks as though the building was fallen onto its side. It takes on the look of the Empire State Building with King Kong on top and it is the second oldest of the Ripley buildings in the world.

The Kansas City Public Library has the name of the Community Bookshelf and has a wall mural that was painted in 2004 which shows the spines of 22 books. The work of art measures 9 feet by 25 feet. The spines of the books were chosen from classics in the library such as Catch 22, To Kill A Mockingbird and Adventures of Huckleberry Finn.


The Crazy House, aka the Hang Nga guesthouse, is one of the most visited buildings thanks to its weird and wonderful look. The guesthouse was a special project of architect Dang Viet Nga, with the building ending up looking like something that might come from Salvador Dali and Disney if they had worked together on a design.

Wonderworks is a building that looks as though it has been taken off the ground, turned around and then planted back on the ground upside down. Wonderworks is an indoor amusement park and the fun starts even before you enter with its strange and wonderful looks.

Before being demolished, the Sanzhi UFO Houses were a group of buildings designed in pod shapes as a vacation resort for officers in the US Military who were posted in East Asia. The project was abandoned in the 80s after unfortunate and what were said to be controversial circumstances involving suicides and accidental deaths during the construction.

The Grand Lisboa hotel in Macau China is very flashy indeed and is the tallest in the city at 865 feet. It holds treasures inside that are just as flashy as the exterior design including The Star of Stanley Ho, a diamond of 218.08 carat which is the biggest cushion cut D coloured diamond in the world.

St. Basils Cathedral is known as the Cathedral of Vasily the Blessed and is Russia’s most notable landmark. It is one of the most colourful and remarkable designs in the Red Square and looks as though it would be at home in a fairytale.

1. The Cleveland Clinic in Nevada, USA

The Cleveland Clinic in Nevada has to withstand the heat of the desert and by the look of the building it doesn’t seem as though it’s coping all well. But of course, the melting effect is purely intentional.