The US Federal Aviation Administration has approved test flights for Terrafugia’s TF-X flying car. To take advantage of the license given by the FAA, the company needs to inform the authorities when the tests will be done, as to avoid any accidents. 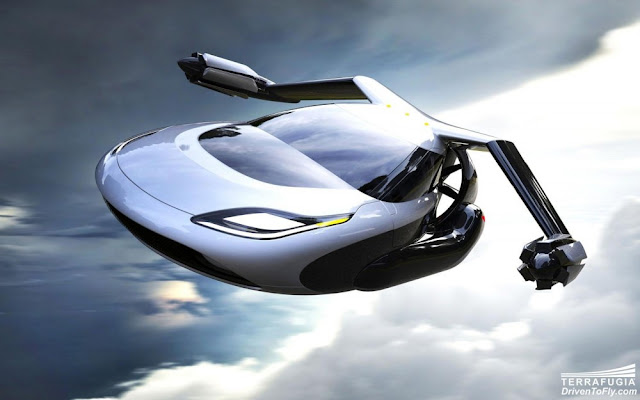 At first, the tests will be done in an unmanned prototype 10 times smaller than the actual vehicle and will fly at a maximum altitude of 120 meters, at speeds up to 160 km/h. It is expected that the final version of the car will be much faster than this prototype, exceeding 320 km/h with a flight range of over 800 km. According to the manufacturer,

“Because of the unconventional configuration of the TF-X™, it is vital to achieve sustained, stabilized hovering with smaller models before developing a full-size TF-X™ prototype.”

The TF-X is a vehicle designed for four people, and fits in a regular garage. The idea is that it will also be ecologically feasible, running on batteries instead of fossil fuel. However, we should sit back for now rather than start saving money to get our own flying car. The car should only hit the market in about 8 to 12 years and with a price equivalent to a luxury car. The authorization by the FAA won’t accelerate this process but definitely increases its chances of success.